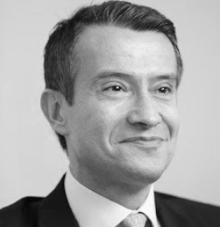 Between 1992 and 2000, Mr. Yorgancioglu worked for ABN AMRO Group, Rothschilds, and Finansbank Group out of Amsterdam, London and Istanbul, respectively. After 2000 he served as a managing Director with Deutsche Bank London’s Emerging Markets Team  working on transactions in Turkey, Russia, Kazakstan, Poland, Hungary, Romania and Croatia. In March 2007, Yorgancioglu went back to Turkey and took over the CEO role for Deutsche Bank’s Turkish operations. He served in that role until May 2008.

Between May 2008 and September 2019 he was with Abraaj Group initially serving as a partner,  and than taking over as the Co-CEO in early 2018 after the management change, as per the request of the investors and the board. Within his period with Abraaj Yorgancioglu served on the boards of Acıbadem Hospital Group, Republika Student Housing, Fibabanka, and Hepsiburada.

Today Yorgancioglu runs Tork Partners, an investment Company he founded, serving institutional investors investing into Turkey and the surrounding region. He also holds an independent board position with Bupa Acibadem Insurance where he is also the chairman of the audit committee. Next to this, Yorgancioglu also serves thorough Tork Partners as an advisor to E-Bay’s Turkish subsidiary Gittigidiyor. Thorough his career Yorgancioglu took active board, advisory, or working group  roles in Endeavor, Tusiad and World Economic Forum (WEF). Currently, Yorgancioglu serves as a mentor in Women on Board Foundation in Turkey.

Yorgancıoğlu, holds a BA from İstanbul University Faculty of Economics, International Relations Department and an MBA in Finance from University of New Haven.