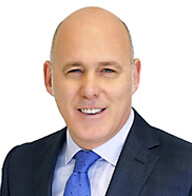 Gökhan joined Bupa Acıbadem Sigorta in 2010, as CEO until recently he was named Chairman. Since 2020, he has also been a member of Board of Trustees at Acıbadem University. He lead the Company through many significant changes including the acqusitions by Khazanah in 2013 and Bupa in 2019. He has a track record of delivering first-to-market projects and growing the company into a recognised leader in health insurance. In his 25 years’ experience, he has taken on various leadership positions in the insurance sector at Allianz and Ergo. He is a Harvard GMP and Koç MDP graduate and holds an MBA from Yeditepe, MIS and BA from Marmara.